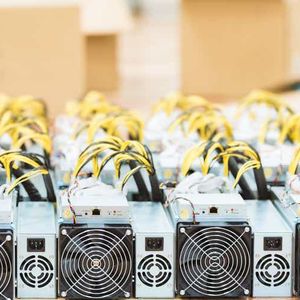 Summary At Bitcoin's current price, Marathon Digital is burning through its cash pile at an increasing rate. The company's debt burden presents a long-term headwind to a balance sheet now under siege by what looks set to be structural unprofitability for most of 2023. A cumulative cash burn in excess of $150 million over the next four quarters could see further stock price weakness. Marathon Digital (MARA) incurred net losses of $75 million for its last reported fiscal 2022 third quarter. This led to cash and equivalents declining sequentially to $55.3 million from $86.5 million in the prior period. The Las Vegas-based Bitcoin mining company needs the price of the cryptocurrency to quickly start rising otherwise it faces a continued deterioration of its liquidity position. Gross profit also turned negative, reversing what has been an established positive trend since the second quarter of fiscal 2021. Data by YCharts The worsening profitability backdrop all came in the period that preceded the collapse of FTX (FTT-USD), an event that some bears have argued will come to form the theoretical base for an elongation of the crypto winter. Things are not looking great for Marathon. Its long-term debt reached a record of $781 million during the third quarter, cash burn from operations at $43.4 million was the highest on record, and the perception of Bitcoin has taken a sudden and negative turn with just 8% of Americans having a positive view of Crypto. The Crypto Winter Gets Longer Why am I bearish? I believe this crypto winter is unlike the others. 2021 saw record institutional adoption of crypto on a scale never before. Tesla ( TSLA ) would buy $1.5 billion in Bitcoin and would begin accepting the digital currency as a payment option for its products, over a dozen crypto firms would emerge on the NASDAQ and NYSE either through IPO, reverse merger or SPAC, and new crypto and blockchain-related companies would also pull $32.8 billion in VC funding in the pandemic year. This figure would be in excess of the aggregate of all prior years combined. Hence, with the current waning adoption, the utility of Bitcoin and the broader crypto ecosystem beyond being a speculative store of value is once again being questioned. NFTs have all but collapsed into obscurity , the metaverse has become a meme and is stalling , and crypto yield farming faces headwinds due to a heightening of counter-party risks. 2021's great advance of adoption helped drive Bitcoin prices to record highs but has now turned into a rout. This will mean a far longer crypto winter Indeed, Coinbase ( COIN ) released a report in the middle of November; The long winter gets longer , stating the FTX collapse could extend the crypto winter to the end of 2023. Marathon's business model is straightforward. It uses specialized hardware called ASICs to solve extremely complicated math problems to verify transactions on the blockchain. The company is then rewarded with new Bitcoin for the energy-intensive effort. Marathon Digital Interestingly, whilst the company states it controls the price of electricity, November Bitcoin production at its King Mountain Texas mining facility was curtailed on the back of higher spot electricity prices. The company produced 472 Bitcoin during the month, a decline of 23% from October. At the current Bitcoin price of around $17,000, Marathon is not profitable. When the company last reported earnings for its fiscal 2022 third quarter it reported revenue of $12.7 million which was down 75.5% year-over-year and was a miss by $6.77 million on consensus estimates. 616 Bitcoin were mined during the quarter, a 51% decrease from the year-ago comp. The closure of a mining facility in Montana and an initial delay to the startup of its Texas facility were the main driver of this fall. Lower Bitcoin prices, higher energy prices, and decreased production all partnered to see a marked decline in profitability. Gross profit at negative $1.1 million was a decline from a gross profit of $45.8 million in the year-ago quarter, a change which overall led to total free cash outflow to come in at $137.6 million. How Can Marathon Bear The Losses? Against cash and equivalents of $55.3 million, how can Marathon bear the losses? Perception matters and the FTX failure, the collapse of the third largest crypto exchange, materially adds to the quandary Bitcoin faces in the year ahead. Fundamentally, the price of Bitcoin forms the main consideration for buying the commons and it's hard to see how institutional investors, apart from those with the highest tolerance for risk, will ever consider investments into the sector at the same level as in 2021. FTX had a cap table that included the Ontario Teachers' Pension Plan, SoftBank, and Sequoia Capital. The total losses and the subsequent save face of these prestigious financial institutions will likely present a must-avoid scenario for other firms considering taking a stake in further crypto endeavours. However, bulls would be right though to state that the situation is still evolving and with Bitcoin prices being extremely responsive to Fed dovishness, the digital commodity and its miners could stage a rally if inflation figures begin to come in below expectations in the new year. Bitcoin is also here to stay. Data by YCharts Marathon held 11,285 Bitcoin as of the end of October which is roughly worth $190 million at today's Bitcoin prices. Whilst this provides a bulwark for its balance sheet, consecutive operational cash burn could be in excess of $150 million over the next four quarters until Coinbase's stated end of the crypto winter. This would see its current cash pile exhausted and Marathon likely have to start materially selling down its Bitcoin holdings to fund continued mining operations. Against this, the stock price would fall into a cycle of decline as the company leans on dilutive at-the-market offerings to also fund operations. Dilution, cash burn, a large debt burden, and an extended crypto winter are what lies ahead for Marathon's commons. Avoid.

Get Crypto Newsletter
Market Cap
24h Vol
42.06%
Bitcoin Share
64
Today News
Read the Disclaimer : All content provided herein our website, hyperlinked sites, associated applications, forums, blogs, social media accounts and other platforms (“Site”) is for your general information only, procured from third party sources. We make no warranties of any kind in relation to our content, including but not limited to accuracy and updatedness. No part of the content that we provide constitutes financial advice, legal advice or any other form of advice meant for your specific reliance for any purpose. Any use or reliance on our content is solely at your own risk and discretion. You should conduct your own research, review, analyse and verify our content before relying on them. Trading is a highly risky activity that can lead to major losses, please therefore consult your financial advisor before making any decision. No content on our Site is meant to be a solicitation or offer.